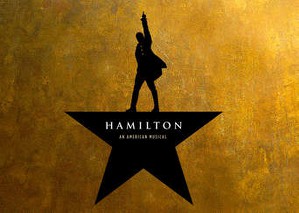 Join us in Sydney for a show to remember!

Travel with friends and join our 'whirlwind' visit to vibrant Sydney.
A Reserve Tickets to "Hamilton", winner of 11 Tony Awards
Spend a day exploring Sydney with the option to enjoy extra sightseeing

Hamilton: An American Musical is a sung-and-rapped-through musical by Lin-Manuel Miranda. It tells the story of American Founding Father Alexander Hamilton. Miranda said he was inspired to write the musical after reading the 2004 biography Alexander Hamilton by Ron Chernow. The show draws heavily from hip hop, as well as R&B, pop, soul, and traditional-style show tunes. It casts non-white actors as the Founding Fathers and other historical figures. Miranda described Hamilton as about "America then, as told by America now".

From its opening, Hamilton received critical acclaim. It premiered Off-Broadway on February 17, 2015, at the Public Theater, with Miranda playing the role of Alexander Hamilton, where its several-month engagement was sold out. The musical won eight Drama Desk Awards, including Outstanding Musical. It then transferred to the Richard Rodgers Theatre on Broadway, opening on August 6, 2015, where it received uniformly positive reviews and high box office sales. At the 70th Tony Awards, Hamilton received a record-breaking 16 nominations and won 11 awards, including Best Musical. It received the 2016 Pullitzer Prize for Drama.

Welcome to Sisterhood Womens Travel.  Please meet your Tour Hostess and fellow travellers at the Melbourne Airport for our flight to Sydney.  Upon arrival into Sydney we'll be transferred to our accommodation with the remainder of the day free to explore Sydney at leisure.  Late afternoon, we'll regroup and enjoy dinner at a local restaurant before enjoying an evening performance of the award winning Broadway show Hamilton at the nearby Lyric Theatre.

Overnight: The Star Hotel (or similar)

Today a day at leisure!  Your tour hostess is happy to point you in the right direction for sightseeing and any optional activities.  Fancy climbing the Sydney Harbour Bridge?  How about exploring the historic Rocks Precinct or just enjoy a local shopping experience.  Late this afternoon we'll regroup and transfer to the airport for our flight back home.  What a fabulous Sydney escape!  Thank you for travelling with Sisterhood Womens Travel, and we look forward to welcoming you back for your next adventure.

Well I discovered that dreams do come true. I googled SWT and was very impressed with their informative website set-up by their founder Hayley Morris. I was even more impressed by the trips offered; a mixture of weekend getaways and...
Sally Australia
Travelled in 2010
I just wanted to pass on what a wonderful time I had on the recent Outback R&R tour. Thank you for offering such a wonderful trip through Sisterhood Womens Travel. It really was memorable; the itinerary was varied...
Cheryl, SA Australia
Travelled in 2016 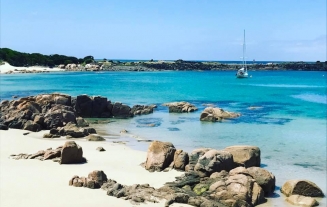 Be inspired - our fortnightly newsletter has trip previews, photos and stories plus SPECIAL DEALS.

Be yourself! Find out how much fun YOU can have, make new friends and meet new challenges with women of all ages.

More about our community

We are all about encouraging you to regain your wings to fly and come home to a new you!

More about who we are